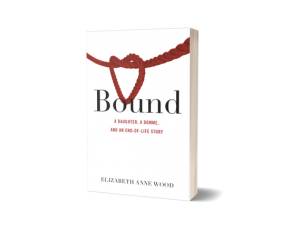 What happens when a 40-something feminist sociologist who studies gender and sexuality learns that her mother, a passive-aggressive and needy woman who hasn’t had a lover in decades, has started seeing men who want to be bound, whipped, and sexually dominated?

What happens when that mother, shortly after diving into her newly discovered sexuality, develops one cancer that forces her to accept radical changes to her body and then another that forces her, and everyone around her, to confront her mortality?

How do their ideas about themselves and each other change as they confront aging, illness, sexuality, and the inevitability of death?

Bound  is an excellent read exploring topics of interest to us all–maybe not the least controversial book to read on the subway, but an engaging, entertaining, enlightening read nonetheless. 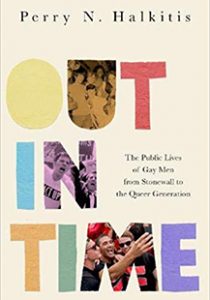 The civil rights of LGBTQ people have slowly yet steadily strengthened since the Stonewall Riots of June, 1969. Despite enormous opposition from some political segments and the catastrophic effects of the AIDS crisis, the last five decades have witnessed improvement in the conditions of the lives of LGBTQ individuals in the United States.

Dr. Halkitis’ book explores this and illuminates some of the generational struggles faced by our friends throughout the community. 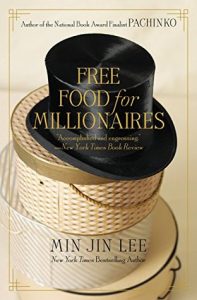 Though Free Food for Millionaires came out a dozen years ago, it remains (albeit a throwback) relevant today.

In this critically-acclaimed debut, Min Jin Lee tells not only Casey’s story, but also those of her sheltered mother, scarred father, and friends both Korean and Caucasian, exposing the astonishing layers of a community clinging to its old ways and a city packed with struggling haves and have-nots. 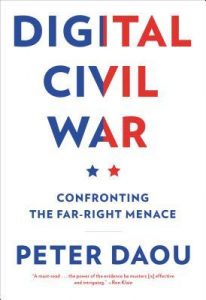 Purportedly, Digital Civil War is a frontline account of the social media battles raging between red and blue Americans – and how to find moral clarity in the chaos of digital civil war.

Discussing: Are rural white Christians the real Americans? Should teachers be armed or should the Second Amendment be repealed? Is abortion murder or an ethically sound choice for women? Should migrant babies be caged or should ICE be abolished? Should billionaires exist while children go hungry?

It has high hopes and with Peter Daou’s expertise should have exceeded expectations. While it falls a bit short, it’s still an interesting read. That said, the political junkie might find it lacking.