essentials for your visit to london

essentials for your visit to london

With artifacts dating back to 4,500 BC (or earlier), London has a long history rife with scandal and intrigue—it’s no wonder it frequently tops lists of must-visit cities across the globe. If you can’t move there forever, settle for a quick visit to the capital city. Here are the essentials you cannot afford to miss. 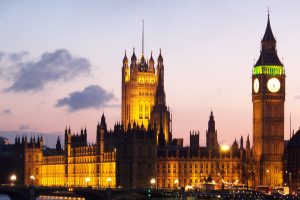 When wandering through the city, you’re sure to end up in Trafalgar Square where you can take in a contemporary art exhibit on the fourth plinth. Additionally, there are some of the obvious (though still essential) sights that you’re sure to take in: 10 Downing Street; Battersea Power Station; Big Ben and the Palace of Westminster; British Library; British Museum; Buckingham Palace; Clarence House; St Paul’s Cathedral; and yes even The Gherkin. Most of these can be dealt with on the various tours offered, such as the ones Big Bus London or London Walks (see below) provide. Feel free to tick most of them off your list by enjoying the panoramic views afforded to you at the London Eye.

When you’re exploring a city as steeped with history as London, it can be an absurdly overwhelming task to try to formulate a self-guided tour. You’re in luck though, London Walks is the original walking tour company. They offer many dozens of tours, and each of them is worthy of your time (at least my experiences has borne this out). Any Beatles fans should check out their offerings on the subject as it’s unlikely you’ll find a better way to experience Abbey Road. Walks are an entertaining, easy two-hours and are quite affordable, just ten quid. Each tour is extensively researched and really brings the city to life—you can peer back through hundreds, or thousands, of years of history and get to know the people that used to inhabit this wondrous place.

For those suffering from theatremania, London’s West End is home to many awesome theatres boasting productions rivaling Broadway or you may elect to partake of something a bit more historical, Shakespeare’s Globe Theatre puts on productions year ’round. 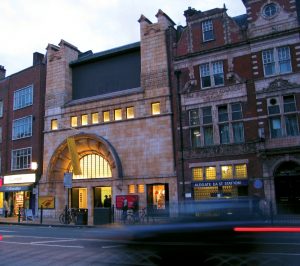 The Whitechapel Gallery has showcased the best of contemporary art for more than a century–as such their collection is always evolving. If you do feel moved to support them, they are a registered charity; that said they offer free entry. Whitechapel Gallery is open all but Mondays.

Smack in the midst of the Royal Park of Kensington Gardens, the Serpentine Galleries have been wowing the public from 1970. Like the Whitechapel Gallery, this also is free to the public. They showcase art from both established and emerging artists from around the globe. Another great art museum is the Tate Britain which showcases British art from about 1500 to the present.

Greenwich is home to a World Heritage Site and the Cutty Sark. It also boasts the fantastic Greenwich Market which will allow you to start your shopping in style. After checking it out, continue on with some more shopping destinations: 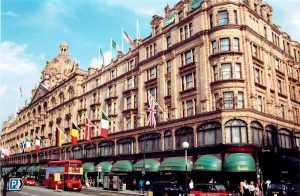 No visit to London would be complete without a trip to at least one or two of its iconic stores. Knightsbridge is home to the incomparable Harrods and to Harvey Nichols. Not far away, Oxford Street is home to House Of Fraser and Selfridges. Even if you aren’t down for a shopping binge, these incredible shops are home to some amazing cafes, restaurants, and food halls—find a seat, grab a bite, and take in the fantastic people watching opportunities.

For the bibliophiles among us, Hatchards Bookshop has been London’s premier booksellers since 1797. Currently holding Royal Warrants as official booksellers to Her Majesty The Queen, H.R.H. The Duke of Edinburgh, and H.R.H. The Prince of Wales, you know you’re in great company when you browse their wares.

If you check out Camden Market, you absolutely have to visit nearby Primrose Bakery for some decadent cupcakes.

Straddling the line between shopping and eating is Fortnum & Mason. It’s worth a lingering visit to sample some wares and enjoy some really well-curated tea.

Even though it sounds more like a place to shop, Borough Market is the oldest food market in existance—operating for over 1,000 years. With something to satiate any palate, Borough Market is an excellent stop for a quick bite of simple fare, luxuriate in one of the fantastic restaurants or cafés scattered about, or to pick up some phenomenal ingredients to prepare back at your Pied-à-Terre. If you happen to pop into the market on a morning Wednesday through Saturday, stop by Maria’s Market Café for bubble and squeak (a delicious albeit terrifyingly named British breakfast).

Stop by Red Rooster Shoreditch, Marcus Samuelsson’s London outpost of his acclaimed New York eatery, for some elevated American comfort food. Always fun, is the Sunday Gospel Brunch–it may be a little irreverent but in a way that the big guy Himself would enjoy.

The oldest restaurant in London, Rules Restaurant, offers traditional British foods. British cookery may have gotten a bad rep over the years, but Rules has done it right since it opened its doors in 1798.

When you’re ready for a cocktail and a view, Aviary London offers a foodie’s paradise with drinks to delight. Tucked into Finsbury Square, Aviary might even have a Londoner or two that would agree American’s pronounce the word Aviary more correctly than the Brits (unlike basically every other example you can think of).

For a refreshing light meal when you visit London, swing by Paxton & Whitfield. It is the place to buy cheese in Britain (selling the best for more than 200 years) and grab supplies for a quick picnic of cheese, bread, and wine. Enjoy it in one of the beautiful green spaces tucked around the city.

Of course, after wandering about the city and chowing down on delicious fare, you’re going to need a comfortable place to call home for your trip. Where to stay depends on mood and budget… if you’re looking for a place that will feel James Bondian, a stay at The Langham Hotel. It’s so on the money (penny) that it served as the inspiration–and exerior–for the Grand Hotel Europe in GoldenEye. For something that perfectly balances aesthetics, comfortability, and a cool-factor, look no further than Eccleston Square Hotel.